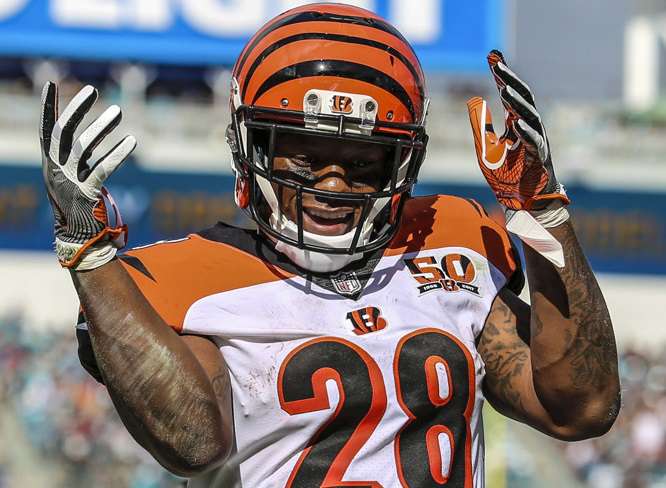 Mercifully, the Marvin Lewis Era has ended in Cincinnati. That era lasted 17 years by the way. Zero playoff wins in 17 years. 17! New Bengals HC Zac Taylor comes over from the Rams staff and inherits a veteran QB, with some solid skill position players, but an awful defense. The new OC Brian Callahan (son of former NFL HC Bill Callahan) is bringing the West Coast Offense to the Bengals. Although it may take time for the offense to click, there’s potential fantasy upside here at a discount. That is of course, if this 27th ranked offensive line can improve.

Impact: Nothing to see here. The most important “loss” was shedding Marvin Lewis as HC. Vince Lomardi once said “Winning is a habit, and so is losing”. The Bengals may have had 7 playoff appearances over those 17 years under Lewis, but had nothing to show for it. Burfict was more trouble than he was worth and Kroft was just a filler.

Impact: Yeah, I know. It was a sad off-season. The line needed help, but Miller is only an adequate addition. The silver lining here is that the Bengals have talent at WR and RB, so at least they didn’t spend money unnecessarily.

Impact: It wasn’t a sexy draft in 2019 for the Bengals, but Jonah Williams was an excellent choice. Williams was regarded as the best OT in the draft and the Bengals needed massive help on that line. Having played at Alabama, one would hope he could start the process of changing the culture in Cincinnati. Drew Sample is a blocking TE, and he’ll be a helpful piece to this new West Coast Offense (especially Joe Mixon). Platt will bring some much-needed speed to the linebacking unit, but that D still needs a ton of help.

OFFENSIVE OUTLOOK: No matter what you think of Andy Dalton, he’s still decent enough to be a low-end QB2 and has a nice grouping of weapons around him. The best of them being Joe Mixon. Yeah, that’s right, I said it! Mixon rushed for 1,168 yards and 8 TD’s while missing a few games. He also caught 43 balls, and in this new offense, he’s likely going to push that total well over 50. A.J. Green’s presence on the field is important to the Bengals but most important to Tyler Boyd. Boyd had a very under the radar 1K yard season with 7 TD’s in 2018. The combination of Green and Dalton both being hurt down the stretch hindered his value toward the end of the year. 16 healthy games from this collective group will produce some of the best fantasy value on the board in terms of return on investment. Mixon is the breakout star though.

DEFENSIVE OUTLOOK: 413 yards per game. That was the worst overall in the NFL last year, as was the Bengals pass defense specifically. They did almost nothing to fix it either, outside of drafting Pratt. The Bengals will still be in plenty of shootouts again in 2019. That makes them a unit to target against in DFS. It also means lots of opportunities for the Bengals offense to be aggressive.

2019 OUTLOOK: The Bengals are behind the rest of the division by a clear margin. Joe Mixon and Tyler Boyd have bright fantasy futures as long as that defense continues to struggle and the team grasps the WCO this pre-season. It’s hard not to see them as a last-place finisher in the AFC North, but the offensive pieces are going to come at a nice discount across the board.