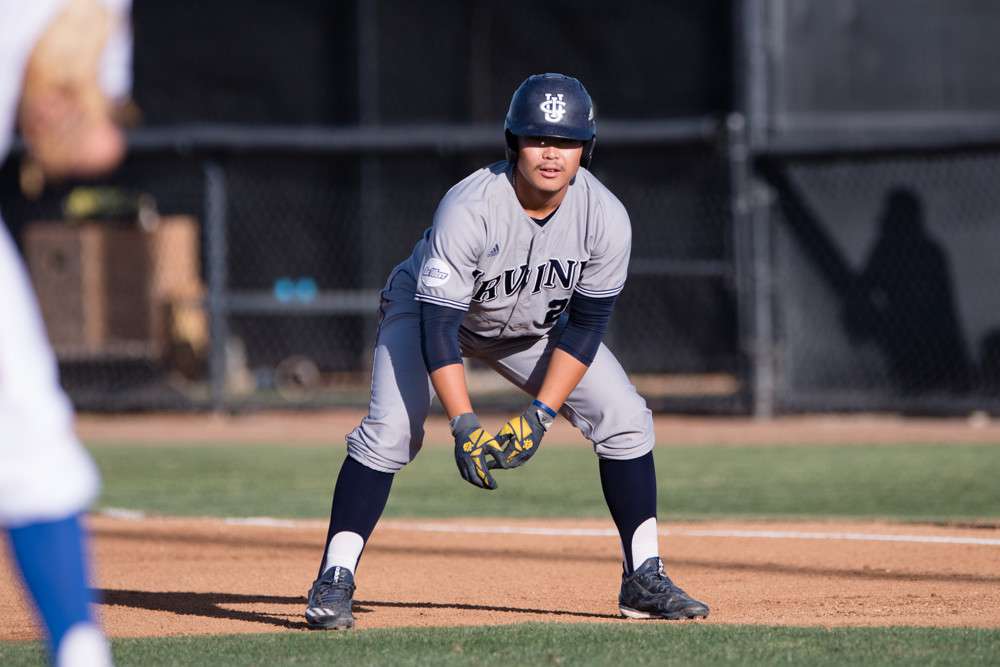 Welcome back for part two of our off-season look at the 2018 rookie drafts for dynasty leagues. It’s time to round out the top 10 with a look at some polished pitchers, raw position players, and plenty of talent. Don’t forget that your draft will hinge largely on your team’s needs, so if you’re in dead last and are needing some pure upside, you may rank a guy like Heliot Ramos higher than Hunter Greene, as opposed to if you’re planning on competing this year and want a player who has the most proximity to the majors. So good luck, happy drafting, and let’s get to it!

This is one of the lowest spots you’re likely to see Greene appear in any of these lists, and it’s not necessarily because of his talent. Drafted second overall by the Reds, he actually would have had the opportunity to be drafted as a shortstop, but most teams believe (rightly so) that the potential on the mound is what makes gives him a chance to be a superstar. Greene mixes in a fastball that can touch 100 mph and two breaking pitches that appear to need more work than originally believed. He has a solid pitcher’s build, as he stands 6-foot-4 and 195 pounds, and he repeats his delivery well enough to ensure that the command isn’t particularly awful at any point in his career. He’s going to be good, but his ceiling is capped a bit more than Mackenzie Gore’s, which is why Greene fell to the sixth spot on my list. He’s still young, so the debut is a few years away, but barring injury, this kid should have a pretty solid career as an MLB hurler.

I loathe the term “professional hitter,” as it’s often used to label a guy with a good hit tool and not much else, but I think the term really embodies what Keston Hiura is. Taken with the ninth overall pick in the 2017 draft, the questions surrounding Hiura don’t have anything to do with his ability with the bat, but instead with his health and position. He sprained his UCL in a game for UC Irvine, and the threat of Tommy John surgery has been looming over him since. As we’ve seen with Gleyber Torres, TJ surgery isn’t that big of a deal for a position player, but it would mean missing nine months and quite a bit of developmental time. The good news is that Hiura managed to play a handful of innings in the infield at the end of last year, and doctors believe he can play without surgery for the time being. If he can’t stay at second base (and I really doubt he can), he might eventually end up in the outfield or DH for an American League club. As a hitter, he has excellent contact skills, above-average power, and a great approach at the plate, lending to a well-rounded hitter that will be a darling in fantasy. Draft with caution because of the injury, but stick with him because of the talent.

Ramos is just a kid at 18 years old, but he displayed an insane amount of talent with a phenomenal showing in Arizona. The tools are there to be a power-speed threat, with potential 20-20 seasons in his future if the development continues at a good pace. He has the hallmarks of a boom-or-bust player, and the draw here is that if he does boom, you’ve got a star on your hands. He has elite bat speed, which helps generate power, and plus speed on the basepaths. In 150 plate appearances this year in rookie ball, Ramos hit six homers, stole 10 bases, and was caught stealing only twice. He put up a .348/.404/.645 line that shows off the immense talent he commands. As for the bust side of things, there are way too many strikeouts in his bat right now, as he chugged along at a 32% K rate, and that slash line was fueled by a crazy high .500 BABIP. We are getting to the point in this draft that you need to decide whether or not you want a potential star or a low floor-low ceiling safety pick. If you’re looking for the potential star, this is it.

Speaking of a safety pick (well, as much of one as a pitcher can be), next up in the rankings is the Braves’ Kyle Wright. Picked up with the fifth overall pick out of Vanderbilt, Wright was considered by some to be the best college player in the draft. He threw a lot in the college season, so the Braves chose to take it easy with him after selecting him, so he threw only 17 innings in his first trip through professional baseball. Wright has a plus fastball that sits in the 92-95 mph range with a bit of sink, a plus curveball, and an average slider. If the slider improves to an above-average pitch, his outlook is a bit more favorable. As it stands, I think he’s a solid No. 3 starter in the majors, and with his college experience, he should ascend quickly through the ranks. The one problem is that the Braves are stocked with pitching prospects, so Wright’s path might be blocked. He’s a solid pickup, but don’t expect a superstar.

Rooker’s stock has soared after a very impressive showing in rookie ball this past season. After a promotion to High-A last year, he put up a .280/.364/.552 slash line with 11 homers in 162 plate appearances. His 9.9% BB rate was excellent, and although the 29% K rate was a bit high, most scouts believe he can adjust and that the strikeouts won’t be a lingering issue. Defensively, he’s OK in right field and has played some first base, so although he doesn’t play a premium position, the 40-homer potential in his bat is enough to carry him virtually anywhere on the diamond. He’s 23 years old, so he’s a bit older for his level, and how he reacts as he ascends to higher levels in the minors will shape the opinion on him. I like the power and hit tool enough that I think he’s more boom than bust, but it stands to reason that the Twins have had a lot of trouble developing players lately. So watch Rooker’s ascension and act accordingly.

Well, that does it for the top 10 in the First-Year Player Draft rankings. Next time we’ll round out the top 20. This class of players is semi-deep, and although there doesn’t feel like there are any elite Bryce Harper-level studs, there is plenty of talent to go around. So whether you are going for a steady, solid talent like Hunter Greene or a boom-or-bust player like Heliot Ramos, you’re going to enjoy watching these kids ascend the minors and show what their true talent is.