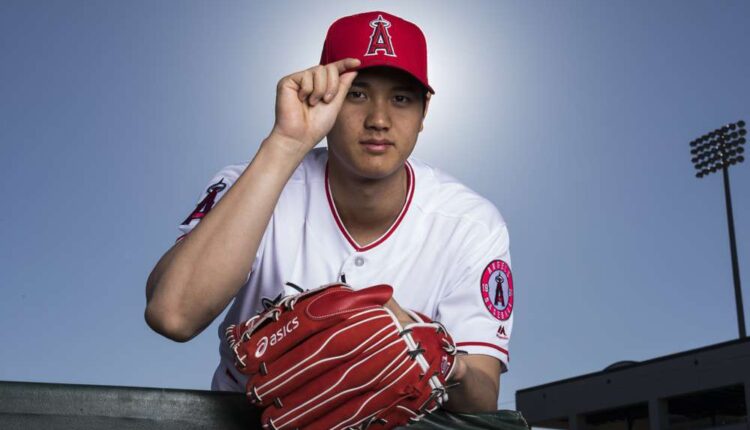 Welcome to the Negative Nate version of Dudes and Don’ts! It was actually more difficult than I thought it would be for me to come up with names here. I dislike plenty of starters, but with most of them, it’s all purely injury related. That doesn’t make for great written content. “Hey, this guy gets hurt all the time. He’ll get hurt again this year. Don’t draft him!” Shampoo, rinse, repeat. Guys like James Paxton, Alex Wood, Rich Hill, and Danny Duffy all congregate under this umbrella of doom. I expect varying returns of success with pitchers like that when they’re on the mound, but would you be surprised if any of them totaled under 100 innings this year? An anticipation of injury does play a factor in some of these Don’ts, but I tried to work in other reasons for concern.

Dudes and Don’ts: First Base

Dudes and Don’ts: Second Base

Dudes and Don’ts: Third Base

Zack Greinke’s Spring Training velocity drop was a storyline last year, but it recovered over the course of the season, and you might say that he dealt with it just fine. He was an absolute ace, tossing 202.1 innings with a 3.20 ERA, 1.07 WHIP, 9.56 K/9, and 2.00 BB/9. Chase Field is also installing a humidor for the 2018 season, and speculation is that it could change Chase from one of the hitter-friendliest parks in baseball to a neutral park, or even a pitcher’s park. Yes, there are plenty of reasons to expect success from Greinke in 2018, hence his overall ADP of 44 overall/SP 12. That said, there are reasons for concern. I mean, obviously, because he’s on this list.

The first argument against drafting Greinke is that his name is hard for me to spell. It drives me nuts. I get it wrong. Every. Single. Time. The “e” goes before the “i,” Dokken. So there’s that. Other actual reasons include his ripe old age of 34. Back in medieval times, if you made it to 34, you were doing pretty well, and that’s kind of how I look at starting pitchers. Granted, today’s starting pitchers don’t often engage in swordfights, or have to worry about contracting the plague or dead men biting them. No, starting pitchers just sort of tucker out. To further the point that his age is an issue, his velocity is down again. In 2017 his fastball averaged 91 MPH, and this spring he’s been around the mid-80s. He did touch 92 in his last start, but he was quickly forced from the game with a groin injury. Perhaps the diminished velocity is nothing and he’s just building up, but it is one data point that is concerning.

Greinke also allowed an ugly 35% hard contact rate in 2017. He was able to overcome it, and the humidor could help suppress his hard contact even if his stuff is diminished this year, but it doesn’t exactly give me the warm fuzzies. He’s also just a year removed from an ugly 2016 that saw him post a 4.37 ERA over 158.2 IP with just a 7.60 K/9. I still haven’t quite got that taste out of my mouth. While he typically can withstand a full season’s workload, that durability eventually works against you. Including postseason starts, Greinke has thrown over 2,500 innings in his career. If he were going a little cheaper, I’d be in on him, but I want more stability from someone I’m drafting as either my ace or a high-end No. 2.

I knew pretty early on in the offseason that Shohei Ohtani would wind up on my Don’ts list, and his Spring Training results have only pushed me harder to include him. I hope he’s a great player, a two-way threat as he’s been billed. I hope he is a treat to watch. I hope that he’s great for baseball. Hope is a good thing, maybe the best of things, and no good thing ever dies. Sorry for going all Andy Dufresne on you there. What I’m forced to do here is separate my hope from my fantasy analysis, and my analysis tells me to avoid Ohtani.

First of all, to touch on him as a hitter, I don’t foresee him getting enough at-bats to really matter. The playing time could be so sporadic that it will drive you insane, and kill you in weekly lineup leagues. Even if he does get 400+ at-bats, there have been a lot of reports that he has a big hole in his swing, especially if he gets pitched inside, and pitchers will exploit that early and often. He’s going to strike out a ton. There aren’t a lot of breaking balls overseas like we have here in the MLB. Expect nothing from him as a hitter and you’ll be better off.

Primarily, if you take Ohtani, you’re planning to use his pitching. It’s mostly what he’s known for, and what we’ve seen of him in the spring has been a lot of what was reported. He has a terrific slider and splitter to go along with a triple-digit heater, although his command leaves something to be desired. It’s not that I don’t think he’ll be effective on the mound (Spring Training stats notwithstanding), I just don’t think he’ll be on the mound often enough. The Angels intend to open the season with a six-man rotation to keep their stable of injury-prone starters (hopefully) healthy, which by itself will limit Ohtani’s innings. There’s also the fact that he basically missed the entire 2017 season, so the Angels will be very careful with his workload. I would almost guarantee he winds up on the disabled list at some point; not necessarily due to injury, but one of those “he’s got a sore back” sort of deals to get him some extra rest. I wouldn’t be surprised if it happened around the All-Star Break to get him a good couple of weeks off since they’ll want him for a postseason run. As the 20th SP off the board at 71 overall, I’ll gladly pass on Ohtani for more stable options who present more volume.

Man, even with some of the regression baked into his price, I still cannot get on board with Gio Gonzalez in 2018. Last year he was terrific, posting a 2.96 ERA over 201 innings with 188 strikeouts. For just the second time in his career, he even gave you a WHIP (1.18) that wasn’t awful. His numbers wound up ace-like, but even last year no one was buying in. Those who kept starting him were doing so with trepidation. Don’t roll the dice again this year.

Gio kept opposing batters at a 29.3% hard contact rate, but that average-ish mark didn’t deserve the .258 BABIP he produced. He also managed an 81.6% strand rate that ranked fourth in the league. The top four were studs Kershaw, Ray, and Kluber, but they all had a K/9 north of 10.0. Gio had just an 8.42 K/9, making his 2017 strand rate unlikely to repeat. His FIP was over a full run higher than his ERA at 3.93, and I’d expect at least that from him in 2018, if not higher. I’ll condense this, but all of his plate discipline stats are trending the wrong way as well (O-swing, contact, swinging strikes, etc). At SP39/141 overall, he isn’t priced like an ace, but even at the discount, I’m not interested.