2018 Dudes and Don’ts: The Outfield Dudes 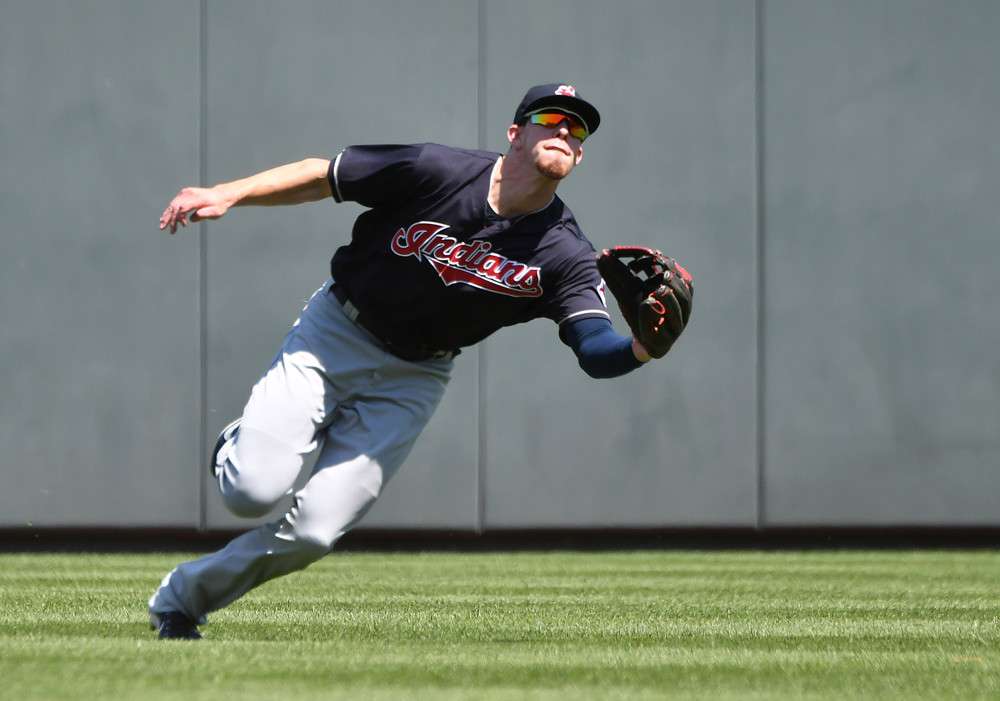 I really wanted to call this “Dudes in the Outfield,” but I think I’ll leave that to an aspiring screenwriter. Kevin Costner is already lining up for the lead role. Outfield is a deep position, like starting pitcher, so as promised I’ll be breaking the positions up into two write-ups each. There are plenty of outfielders I like early on (hello, Byron Buxton), but it doesn’t do you any good for me to tell you to draft top-20 outfielders. Therefore, my Dudes are generally going to be the guys you’re drafting as your third outfielders and beyond. Way beyond, in some cases. We’ll go in order of ADP rather than my overall enthusiasm level.

Dudes and Don’ts: First Base

Dudes and Don’ts: Second Base

Dudes and Don’ts: Third Base

You’re going to notice a recurring theme with these Dudes (or if you’re on Twitter, #Dude). That theme is speed. With stolen bases being rarer than ever, I’m getting my steals wherever I can, especially when I don’t have to completely sacrifice power. I’m looking at you, Dee Gordon. Speaking of whom, guess who charts higher on the Statcast Sprint Speed leaderboard than Gordon? I’ll give you a hint, he’s also known as “The First Dude.” Yes, it’s Bradley Zimmer. Well done. Zimmer ranked third in MLB last year at 29.9 ft/sec behind only Byron Buxton and Billy Hamilton. That is even more impressive given his 6-foot-5, 220-pound frame, which also generates power.

His 33.5% hard contact rate is merely average, and he put only 31.8% of his batted balls into the air last year. That doesn’t scream power surge, but over the course of a full season, should be good for 15 homers. He also struck out nearly 30% of the time, which will keep his batting average down, and he will most likely be stuck near the bottom of the order all season. That caps his R+RBI upside, too. Such things are keeping his draft price in check (OF41, 173 overall).

However, his blend of 30+ SB speed with some modest power is pretty sexy at his price point. Also, while his batting average isn’t likely to be too great, he does spray the ball to all fields. That, combined with impressive speed, should lead to an above-average BABIP that could float his average in the not-terrible .250+ range. You can also factor in the fact that he’s just 25 and has room to improve, so there’s upside here even beyond my projection.

I’ve long been a DeShields proponent, and I’m not stopping today. DeShields is yet another huge stolen base asset, like Zimmer, who won’t cost you much in drafts. He’s going a little later than Zimmer at OF 45, 195 overall. He won’t give you the same sort of power Zimmer will, but he is more likely to be in a better spot in the lineup (he should lead off more often than not). DeShields will also steal you more bases, in all likelihood, while giving you a strong OBP.

DeShields snagged 29 bases in just 120 games last year, so if he plays a full season you could certainly be looking at 40+ swipes. He’s also just 25 and is still improving as a hitter, encapsulated by his leap in contact rate from 72.4% in 2016 to 78.6% in ’17. He’s also incredibly patient and knows how to spit on a bad pitch, swinging at only 22.2% of pitches outside of the zone. Heck, check out these plate discipline splits over the first and second half of 2017:

That doesn’t just happen all the time. That is genuine improvement from a talented young hitter getting a chance to show what he can do. He maintained a second half OBP of .349 with just a .311 BABIP, which is low considering his speed and newfound contact ability. Don’t say Delino … say Deli-yes!

Mercy, his ADP is low. As the 57th OF off the board (251 overall), you barely need Brantley to even just be mediocre. Which, to be fair, he hasn’t been for quite a while now. It was 2015 when Brantley last played over 90 games in a season. If you can remember that far back, the Royals won the World Series that year. It seems like a different world.

Brantley’s injury history is very well baked into this ADP, and considering he had ankle surgery in the offseason, there is plenty of reason for pessimism. The floor is so low it’s like falling into the well with Samara in The Ring. He might play 40 games and miss the rest of the season. That is a realistic outcome. What you’re paying for (with chump change) is his upside, which is still a 15/15/.300 player who bats in the middle of a loaded Indians lineup. He was 11-of-12 in stolen base attempts over 90 games last year, so the speed remains despite his ripe old age of 30 (he’ll be 31 for the majority of the season). Perhaps his ankle surgery slows him down a bit, but the overall package you’re getting here is well worth the investment. Seriously, go do a mock draft and look at your team when his ADP rolls around. He’s pure gravy at his price … and I love gravy.

My God, what have I done? This will not end well. Why am I putting any faith in Roman Quinn, of all players? If you thought Michael Brantley was injury prone, just wait until you cast your lot with Roman Quinn as I have in a dynasty league. It’s misery. That said, you’re looking at a player who you aren’t even bothering to draft in most leagues. His ADP of 643 (132nd OF) leaves him basically for those doing 50-round draft-and-holds or deep NL-only leagues. That’s fair considering he’s not even a lock to make the Opening Day roster, but we’re talking deep leagues here so let’s discuss his potential.

The Phillies were working him out at shortstop early in Spring Training and could be grooming him for a super-utility type of role. He can play anywhere in the outfield, too, so really the key for him getting playing time is just staying healthy. He’s one of the fastest players in baseball, capable of sealing 40+ bases in a full season. There’s that speed again! I could have just called this “Fast Dudes On Grass.” Perhaps it’s for the best that I didn’t.

Quinn strikes out a little too much (24.9% at Triple-A in 2017) but has shown the ability to offset that with above-average walk rates. He should be able to float a decent batting average thanks to his wheels, but as opposed to the rest of the Dudes on this list, he’s less likely to give you much power. Quinn is a long shot, and you won’t need to draft him in most leagues. If he can weasel himself into some playing time and stay on the field, though, he’ll steal you a lot of bases in a hurry.