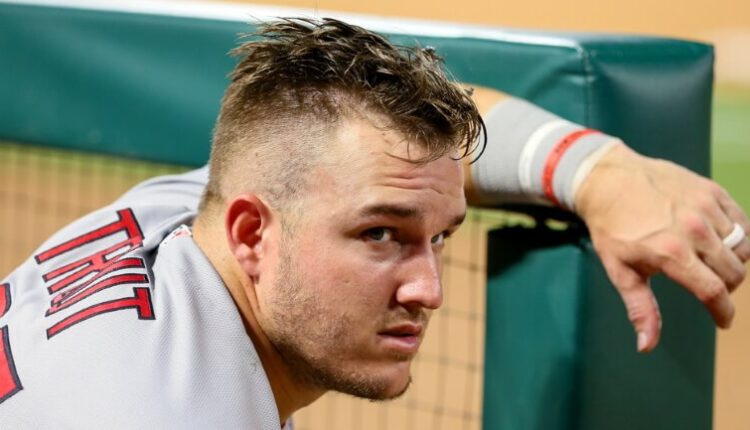 We recently completed a 12-team roto mock draft with the staff here at Fantrax to test out the new draft room features. I ended up with the last pick and was ecstatic to draft at the turn. In actual drafts I prefer picking more towards the middle than the ends. But, being that this was a mock draft, I was able to examine my strategy for drafting at the turn. I will go through my thoughts during this mock draft and give feedback on the selections that I made.

You can sort through the rounds of the draft by using the ‘next’ and ‘previous’ buttons below the table.

There are several strategies for drafting on the turn. You can either double-dip on pitching or hitting, or you can take one of each. I personally like to take one of each early so I can have a top player contributing to both my hitting and pitching stats. With that said, I was deciding between Brandon Woodruff and Walker Buehler with my first round pick. I ended up drafting Brandon Woodruff due to his safer floor and higher strikeout upside. I couldn’t go wrong with either, but I felt safer having Woodruff as my SP1.

My second-round pick was between Kyle Tucker and Mike Trout. I LOVE Kyle Tucker. I believe he has only scratched the surface of his potential and could be a top-5 fantasy draft pick at some point in his career. But c’mon, it’s Mike Trout we’re talking about here. I went with Trout because everyone else is down on him and I tend to zig while others zag when it comes to fantasy. I’m betting on Trout staying healthy for the majority of the season. If he does, and that’s a big if, then I will be very happy to have gotten him in the second round.

Again, this early in the mock draft I wanted to add both a hitter and a pitcher on the turn. I ended up with Freddy Peralta as my third round selection. His NFBC ADP is 55, so I took him a little earlier than he is going on average. But with Sandy Alcantara and Lucas Giolito going right in front of me, Peralta offered the most upside of the pitchers left. I was hoping Alcantara or Aaron Nola were going to fall to me, but Peralta was my next best pitcher available so I didn’t mind “reaching” here.

With the first pick of the fourth round, Matt Olson was mine. This year we might be drafting Olson at his peak value, but that’s fine. With the shallowness of the 1B position, you’re going to have to reach at some point or you risk having a hole in your lineup. Olson gives me plenty of HRs and RBIs with a solid batting average. Plus, he could be traded before the season to a more hitter-friendly park, bolstering his stats even more. I’m not leaving any draft without a top-5 1B, so Olson was an easy choice here.

By the 5th and 6th rounds of this mock draft, there wasn’t a lot of pitching that I loved. I decided to go with another outfielder that had an injury-riddled 2021 season in George Springer. His NFBC ADP is currently 59, so I got him at actual value. I think he should be going slightly higher, but last season’s injury makes some people a little hesitant. With a full, healthy season in that talented Toronto lineup, I really like Springer this year. When you need five OFs it’s smart to target guys early and often who can contribute in at least four categories.

My 6th round pick just so happens to be my favorite player to draft in 2022. With an NFBC ADP of 81, Ketel Marte should be going much higher. If you can’t tell by now, a recurring theme of my mock draft is taking players who are undervalued because of an injured 2021 season. Marte has all the tools to be an elite fantasy player, he just needs to stay healthy. I’m betting on a healthy season and possibly a new team for Marte, which is why I will be taking him in the 6th round of every draft.

I usually don’t take catchers early. I believe that outside of Salvador Perez and J.T. Realmuto, anyone can finish as C3, and I’m not going to try and guess who that will be. Well, Realmuto ended up falling to me at the end of round 7 so I had to take that value. He was the 3rd catcher off the board and the pitchers I wanted went in a run earlier in the 7th round. Like I said, I usually don’t draft catchers early, but drafting Realmuto here at a value (NFBC ADP: 51) made it so that I didn’t have to panic draft a catcher later.

After picking Realmuto, I had no plan for who I was going to take. As I alluded to, there was a run of pitchers that included Lance Lynn, Joe Musgrove, Jose Berrios, and my guy Trevor Rogers. I was hoping to get one of them at the 7-8 turn, but I was not so lucky. In hindsight, I would have taken Raisel Iglesias here but ended up with Kris Bryant instead. I selected Bryant because he was safe and has eligibility at OF, 1B, and 3B. I don’t hate the pick, but five closers went between this pick and my next. Without any saves at this point in the draft, Iglesias would have been more valuable to my team than Bryant.

At this point in the draft you should be looking to fill out your lineup with who you believe in, despite their ADP. Especially when drafting on the turn, it’s important not to let ADP dictate who you take. Thanks to the depth of SS I was able to prioritize other positions up to this point. Well, I waited just the right amount of time. After I took Willy Adames here, Dansby Swanson was the only SS drafted until the 16th round. Targeting the end of a really deep tier allowed me to focus on the shallower positions.

Going long periods of time without drafting a pitcher is not recommended. I unintentionally did not draft a pitcher since Freddy Peralta, so I had to take one here. There were a few options I considered. Ian Anderson, Carlos Rodon, and Zac Gallen were all on the board, but none of them really excited me. Pablo Lopez ended up being the pick over those guys. I think Lopez can take another step coming off of his breakout 2021, but I would have felt safer with him as my SP4 instead of SP3.

Because I had neglected pitching for so long, I had to grab two here. My first selection on this turn was Luis Garcia. He had a solid rookie season and can break out even more this season, as I explained in a previous article. He should get plenty of wins on the Astros and won’t hurt your ERA or WHIP. Like Pablo Lopez, I would rather have Garcia as my SP5 instead of SP4. But, I do like both of their upsides enough to gamble on them returning more value than where I drafted them.

I don’t think I would have made this pick if I had taken Raisel Iglesias, like I mentioned earlier, but I needed saves desperately. I’m still not sure how I feel about him this season, but I took Kenley Jansen here to lock up some saves. Jansen is currently a free agent, but he should find himself in the closer role wherever he signs. For the sake of this mock draft, I hope he ends up on a winning team.

With only two OF spots locked up, I decided to dip back into that pool. Dylan Carlson was the pick here as part of an OF run in the mock draft. As Marcell Ozuna, Alex Verdugo, Ian Happ, Adolis Garcia, and Michael Conforto went off the board, I felt I got the best OF of the bunch. Carlson is one guy I’m high on this year, and you can read more about why here. I feel very comfortable with Carlson as my OF3 in a roto league, especially if he continues to breakout this year.

This pick was my favorite of the whole mock draft. I also may have reached a lot for this player, but I absolutely have to have him. I’m talking about SP/RP Michael Kopech. We’ve been waiting so long for Kopech due to his injuries, so I may be getting impatient. But I’ll be damned if he’s not on my team when he has his major breakout. The risk here is obvious; he could begin the season in the bullpen, where he spent most of last season. But the reward is too great to miss. I could go on and on about why I’m drafting Kopech way above ADP, but I wrote about him in the same article I wrote about Luis Garcia, which can be found here!

Everyone is way too low on Voit this year. He missed a lot of last season due to knee and oblique injuries and wasn’t very productive when he was healthy. If he is fully healthy in 2022, Voit will be a steal at his current NFBC ADP of 270.

If Gonsolin could pitch more than 55 innings, that would be great. Injuries and the Dodgers SP depth have limited Gonsolin’s opportunities. If this is the year Gonsolin finally compiles 120-150 IP, getting him after pick 200 is a gift.

At this point, I was looking for upside over depth. I personally think Marsh is underrated after his brief showing in 2021. He can contribute in every category and getting double-digit steals with good power and average this late is great value.

I feel like the Brujan hype has disappeared. He disappointed in 2021, but only had 26 ABs at the major league level. I’m definitely ecstatic to get someone with his upside and stolen base potential with my last pick in this mock draft.

Mock drafts are a good way to see where others value certain players compared to your rankings. You get a nice idea of who is falling or who you need to grab earlier than you anticipated. When drafting on the turn, it is especially crucial to get who you believe in regardless of ADP since nearly two full rounds go by before your next pick. I hope the analysis of my picks in this mock draft will give you good insight of how to strategize your selections on the turn. Let me know how you feel about this team!