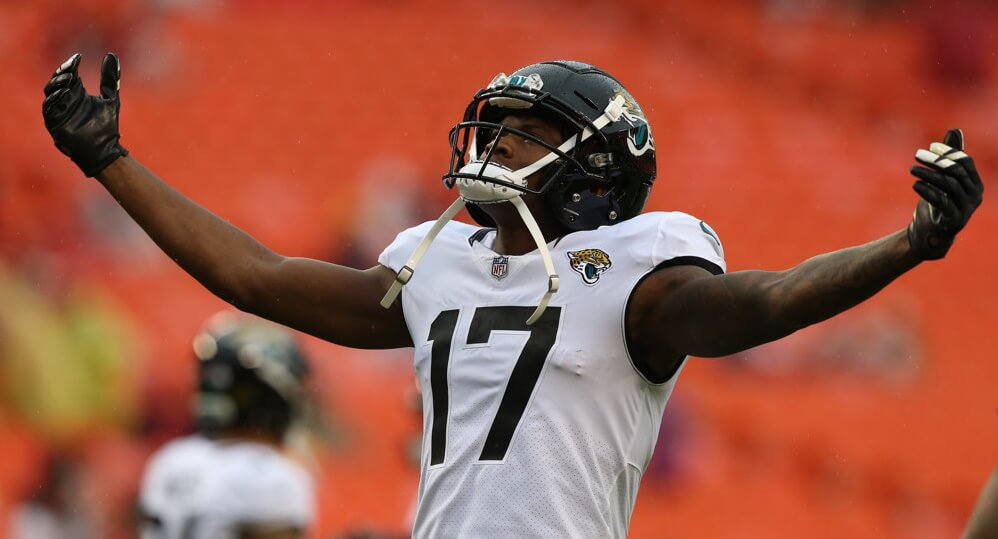 Fantasy Football Week 11 is in the books and with it came the gift that keeps on giving: Stats. At the conclusion of each week for the 2019 fantasy football season, I will be sifting through all of the fantasy football stats produced. I will filter out stats I find noteworthy or valuable to pay attention to moving forward. I hope this list of stats encourages you to stop and assess the possible impact each stat could have on fantasy values in NFL Week 12 and beyond. Conversely, stats are fun. Enjoy each one for what it is and don’t overthink everything presented.

1.) Dak Prescott was the #3 QB in Week 11 and he just so happens to be the #3 QB on the season. Here are some stats to show you how amazing he has been for fantasy football.

All of this is great and you should be happy if you own Dak in fantasy but…don’t play him if you can help it in Week 12. The Patriots defense has given up the fewest points to QBs this season. It would be worthwhile to get someone like Baker Mayfield or even Sam Darnold to fill in for Week 12. Both have favorable matchups. Whatever you do, do NOT drop Dak Prescott.

2.) There were only two RBs to score over 20 fantasy points in Week 11. Christian McCaffrey (duh) and Mark Ingram. Ingram finished the week with just 48 rushing yards but added an additional 37 yards through the air and two TD receptions. He has rushed for over 100 yards just three times this season but has failed to score a TD of any kind just four times. Ingram isn’t going to dazzle you with incredible numbers but he has plenty of opportunities to score in the Ravens’ powerhouse offense and that makes him a great asset for fantasy.

3.) John Brown finally went off for the first time since his 100+ yard performance in Week 1. He caught nine of his 14 targets for 137 yards and two TDs! Brown has actually been pretty consistent this season. He has at least four receptions and 50 receiving yards in every game. He just hasn’t provided many “boom” performances for fantasy. Luckily for him, he had the Dolphins defense to scorch. If your trade deadline hasn’t passed, it may be worth shopping Brown to upgrade in an area of need for your team.

4.) Teammates Randall Cobb and Michael Gallup finished as the #6 and #7 WRs on the week. This was due to the combination of a plus matchup vs Detroit and a stellar performance from Dak Prescott but I believe both WRs will hold fantasy value the rest of the way. Gallup should be owned in most leagues but if there is a chance for you to add Cobb to your roster, I’d make the move. He’s earned an increase in target volume over the last few weeks and it has paid off for his QB and fantasy owners. The Cowboys are going to have to throw a ton in Week 12 to match the Patriots intensity in Foxborough. Feel confident with Cobb as a flex option.

5.) As my good friend, Derek Brown pointed out on Twitter, Odell Beckham Jr. is among the league leaders in air yards, yet he only has 1 TD on the year. OBJ just missed a TD in Week 11 and will have a chance to add to his lackluster totals in Week 12 vs the layup Dolphins’ defense. I’ve been trading for OBJ as owners are likely frustrated with him enough to let him go for fairly cheap. I am willing to bet OBJ scores multiple TDs this weekend against the Dolphins.

6.) Just to give you an idea of how terrible the Week 11 Thursday Night Football game was for fantasy… Baker Mayfield was the only offensive player to score 20+ fantasy points with 21.82. The next best player in that game? Jaylen Samuels with a massive 13 fantasy points. This is why it’s OK to take Thursday Night matchups into consideration when deciding on weekly roster moves.

7.) Deebo Samuel had his second consecutive double-digit target, 100+ receiving yard performance in Week 11. He now has 16 receptions on 21 targets for 246 yards in that span. It’s fair to say that Jimmy Garoppolo trusts Deebo as his fantasy owners should moving forward. The second-year wideout should be in your lineups in Week 12 against the Packers in a primetime spot.

8.) Josh Allen was the #1 QB in Week 11. His rushing ability and league-leading rushing TDs (7) plays a big role in his #6 QB ranking on the year. Allen did rush for another TD this past week but he also had three through the air. The Miami Dolphins defense is awful. So if you are in need of some QB help in Week 12, Baker Mayfield draws the Dolphins this week. Regardless. Josh Allen should be owned in 100% of fantasy leagues.

9.) Here is your weekly reminder of how awful the TE position is for fantasy. There are 50+ examples of a QB scoring 20+ fantasy points this season. The same can be said for the RB and WR positions. There have only been 18 times a TE has scored 20 or more fantasy points so far this season. Either pay up for a TE early next year or punt the position.

11.) If you own D.J. Chark and were worried about the return of Nick Foles, you were set at ease this past weekend. He finished the week as the #2 WR with a league-leading 15 targets. Chark had eight receptions for 104 yards and two TDs. He’s the #5 WR on the season. Wild.

12.) If you own D.J. (David Johnson) and were worried about his fantasy production moving forward, your fears were confirmed this past weekend. He now has six carries for four yards, eight receiving yards, and a lost fumble for a grand total of -.3 fantasy points in his last 3 games COMBINED. He’s now the #19 RB on the season and free falling. Wild.

Thanks for reading and good luck to all of you in NFL Week 12!